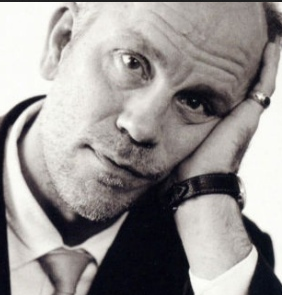 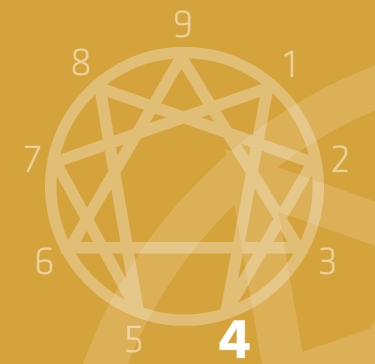 Fours are introspective, emotionally profound people who can be original, creative, and imaginative.

At their best, they are the masters of introspection, emotionally skillful in understanding their own feelings and the complexity of their inner life. But they are also the masters of empathic listening; thus they are able to understand not only their own but other people's inner lives, needs, and suffering. They are tolerant of other people's moods and can offer compassionate and sensitive advice.

They can comprehend and know emotionally what another is experiencing and are able to take the other’s perspective; they are able to spontaneously understand the other’s internal frame of reference, as if the Four were the other person (without ever losing the “as if” condition, that is: they can sense the hurt or the pleasure of another as he senses it, but without ever losing the recognition that it is as if the Four were hurt or pleased). Their affective response is appropriate to what the other person needs to really be helped, and they listen more than they speak. Their empathy is empowering; they can show you how deep you are, how special you are. It is not debilitating sympathy or feeling sorry or having pity for the other. They are never drained from this kind of empathy; the opposite is true. Their growth is based not only on self-actualization, but also on their empathic contribution to others. This balance between their inner and outer focus makes them very consistent and adds stability and an element of objectivity to their lives.

They are perceptive and have emotional depth; they are warm, insightful, conscious, affirming, nurturing, and encouraging.

They are contemplative, reflective people interested in philosophy, spirituality, and the meaning and mysteries of life and existence. They look for answers to questions such as: What is life all about? Why are we here? Who am I? What is the meaning of it all? What is the reason to live? They take life as a journey and try to patiently find the answers to these questions with an open mind and heart.

They have a creative orientation and a very rich imagination. They have the ability to express and articulate themselves well, being creative, eloquent, and fluent in their use of words and metaphors. They can also express themselves through art. Their imagination allows them to arrange symbols in a way that they become a vehicle to communicate powerful emotions. They are refined and are drawn to aesthetics and know how to engage other people's aesthetic sensibilities. Although many Fours are artists, not all are, but most know how to use their imagination and skills in the creation of aesthetic objects, environments, or experiences, whatever their occupation.

They are creative but grounded. Imaginative but practical. They can embrace and accept the mundane and the ordinary as a part of life and remain creative within whatever mood they may be in, not exclusively in dark moods but also in stable or positive ones.

They are original and usually have new ways of seeing things, and they make distinct, unique contributions in whatever they do. They value sincerity and authenticity.


In the Stuckness Zone, an internal voice starts running inside them that focuses on what's missing or unavailable to them. This has an effect on both their relationship with themselves and their relationships with others and life in general.

In their relationship with themselves, they move from introspection to self-absorption, focusing mainly on their intense inner world, and they become preoccupied with their own emotions and life. They become moody, with rapid or even extreme changes in mood. They may alternate between persistent feelings of sadness, melancholy, and lack of motivation on one hand, and elevated energy levels on the other. They may become overwhelmed by their own feelings of incompletion, regret, and hopelessness. Their once healthy search for meaning is interrupted, and they may use their imagination to replace that search with fantasy and unrealistic ideals. Through their imagination they can live in an idealized past or in an idealized future. In the present moment they focus on the “half-empty glass.” They become tragic, pessimistic, and negative. Their focus is on what they don't have or can't be, and on what others do have and are. Thus, feelings of envy may develop from that habit of comparing themselves to others. They may also become critical and judgmental towards the “half-full glass,” that is, the things that they do have in life. Instead of insightfully being with their own feelings, they overreact emotionally to the story they themselves created. They may feel their emotions are unmanageable, they may wallow in self-reproach and shame, and become disillusioned, disheartened, and hypersensitive to criticism.

In their relationship with others, Fours want to find love and meaning through a deeply fulfilling relationship, but may unconsciously get caught in a search for their “ideal love.” They may project ideal qualities onto others and relate with them through their imaginations. This intensifies their emotions and adds drama to their lives, since they maintain themselves in a state of longing, desiring the unattainable. If the relationship (or whatever they want to achieve) becomes a reality, they may withdraw and reject it, in order to long for it again and reintensify their emotions once again (or be looked after by the other party).

Feelings of specialness and a desire to be seen as special and unique arise, as if they were different from “normal” people. This can cause a sense of entitlement and elitism, as if they were exempt from the mundane obligations and tasks most people have. They may also make others feel they lack depth and substance, that they are flat, ordinary, unfashionable, or lack stylishness.